People’s Support on Sin Tax to Finance UHC in Indonesia, 2016

AbstractIndonesia has the highest prevalence of smokers with 67% of adult males were smokers. Smoking prevalence among all adults increased sharply from 27% in 1995 to 36.3% in 2013. High consumption of cigarettes has been correlated with low price and excise of cigarettes. Experiences from other countries showed that one of the most effective way to reduce cigarette consumption is by increasing cigarette price and excise. Burden of tobacco related diseases has increased. The health burden will increase claims of JKN or Universal Health Coverage which currently has claim ratio of 115% and the quality of care remain low. The difficulties in collecting contribution from non salaried workers are blamed to contribute the deficit. Many countries have earmarked cigarette excise to supplement financing of (UHC) both in tax-funded system or in social health insurance system. The question is do people support? This study explored the possibility the people’s support to increase cigarette prices and excise to meet financial shortage of the JKN.ObjectivesThis polling conducted to explore cigarette consumption and supports of price increase to finance JKN or UHC.MethodsThis study used telephone polling conducted form December 2015 to January 2016. The sample (n=1,000) was randomly selected using systematic random by the interval of 20,000 of mobile phones numbers. Analysis is focused on how various groups support incrasing cigarette prices and excise. The final analysis is logistic regression to assess any difference in supporting the excise increase.Results and DiscussionThe polling (65.9% males and 3.3% females) showed 41.3% respondents consume 1-2 pack cig­arette per day with spending of IDR 450 – 600 thousands per month. In total, 80.3% respondents support increasing cigarette price and exice to supplement health financing of JKN. The proportion of non smokers who supported the earmarking was higher (83.4% ) compared to smokers (75.9%), but the difference is not significance in the final model. The proportion of smokers who know that cigarette is harmful reached 96.8% but the large majority of them had difficulties to quit smoking. There are plenty of room to mobilize money through increasing price and excise of cigrettes since more than 72.3% of smokers said that they would stop smoking if the price of cigarette is above IDR 50,000 per pack; far above current prices. If the prices of cigarettes are double and the excise level reaching maximum allowable levels, there is potential to increase revenue up to IDR 70 Trillion that is almost equivalent to estimate all claim of JKN in 2016. In the logistic model, all groups of respondents unanimously support increasing prices and excise of cigarettes to finance JKN.ConclusionThe prevalence of cigarette smoking is high because of prices of cigarette is relatively cheap and the excise levels have not reduced consumption. This study found that large majority (80%) of non smokers and 76% smokers supported increasing cigarette prices and excise to supplement financing for the JKN. The potential money to supplement JKN is double of the current revenue of JKN. 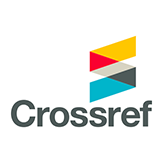 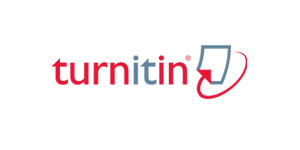